The Review is our quarterly, print literary journal. It contains poetry, fiction, and non-fiction written by veterans, service members, and military family members. To read it, just click the cover image below. (Scroll down for older editions.)

On the cover: Surf Drills at Bodega Bay

On the Cover: Prisoners by Steve Mumford 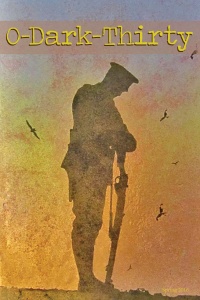 On the cover: Honor the Fallen,

On the Cover: Swimmer on a Hook (Helicopter #1)

On the cover: “After Ever”

On the cover: A compilation of all of covers designed by Janis Albuquerque. Janis served in the Army Reserve and the Army National Guard from 1984-2008 and in Operation Enduring Freedom and Operation Iraqi Freedom.

On the cover: The Crossing, oil on paper, by Jules George

A Carol for the Fallen

Love Letters, from the Tour of Duty series of dioramas in miniature, 1/35 inch scale

Cover art: Patrol on top of the 6,000 feature, Kabul, Afghanistan by Matthew Cook 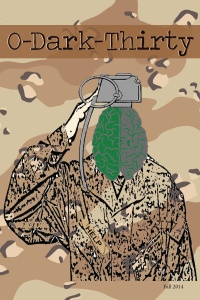 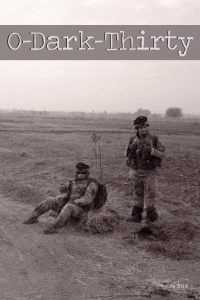 Cover image by Janis Albuquerque from a photograph by Ron Capps.

The mask on the cover was created by a U.S. Marine as part of an art therapy program at the National Intrepid Center of Excellence (NICoE) at Walter Reed National Military Medical Center. Cover design by Janis Albuquerque. 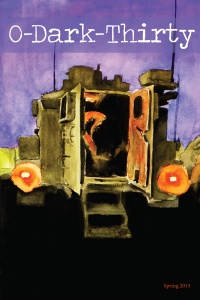 Our cover image is Morning Prep, a painting by U.S.Marine veteran Robert Bates. 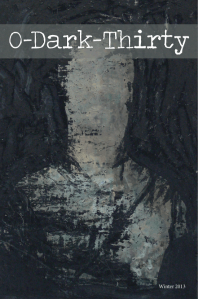 It is used with the permission of the Joe Bonham Project. 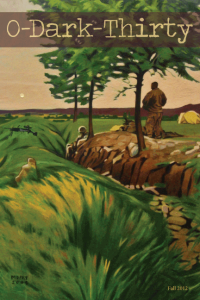 Our cover image is Under the Mulberry Trees by retired Marine CWO2 Mike Fay.

It is used with the permission of the Museum of the United States Marine Corps.